Longest serving mental health newsletter for you and more than 11,000 of your professional colleagues. Subscribe today! 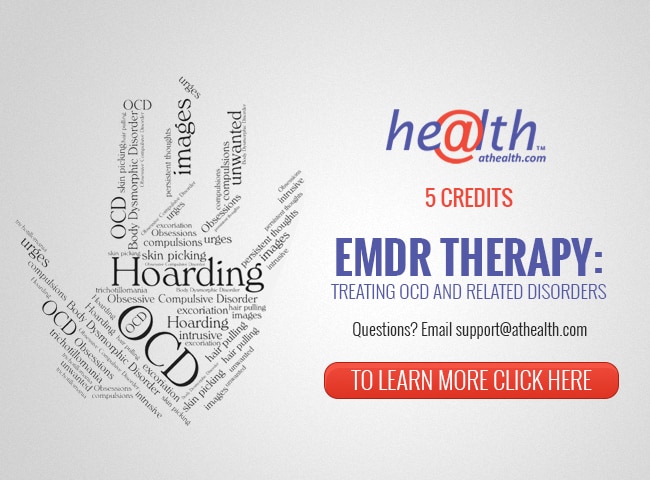 Edited by a leading EMDR scholar and practitioner, the course content delivers step-by-step protocols that enable practitioners
to enhance their expertise more quickly when treating clients or groups of clients with these conditions. For each topic, the authors
include relevant questions for history taking, helpful resources and explanations, frequently used negative and positive cognitions,
and information on case conceptualization and treatment planning.

The CE course is for practitioners who have had some experience with EMDR, and it is designated as intermediate to advanced.

1.  My Son Was a Columbine Shooter. This Is My Story - Sue Klebold
Sue Klebold is the mother of Dylan Klebold, one of the two shooters who committed the Columbine High School massacre, murdering 12 students and a teacher. She's spent years excavating every detail of her family life, trying to understand what she could have done to prevent her son's violence. In this difficult, jarring talk, Klebold explores the intersection between mental health and violence, advocating for parents and professionals to continue to examine the link between suicidal and homicidal thinking.
TED - November 2016 - 76,904 Views

2.   Could a Drug Prevent Depression and PTSD? - Rebecca Brachman
The path to better medicine is paved with accidental yet revolutionary discoveries. In this well-told tale of how science happens, neuroscientist Rebecca Brachman shares news of a serendipitous breakthrough treatment that may prevent mental disorders like depression and PTSD from ever developing. And listen for an unexpected — and controversial — twist.
TED - September 2016 - 714,553 Views

3. Your Words May Predict Your Future Mental Health - Mariano Sigman
Can the way you speak and write today predict your future mental state, even the onset of psychosis? In this fascinating talk, neuroscientist Mariano Sigman reflects on ancient Greece and the origins of introspection to investigate how our words hint at our inner lives and details a word-mapping algorithm that could predict the development of schizophrenia. "We may be seeing in the future a very different form of mental health," Sigman says, "based on objective, quantitative and automated analysis of the words we write, of the words we say."
TED - February 2016 - 2,039,993 Views

4. How to Stay Calm When You Know You'll Be Stressed - Daniel Levitin
You're not at your best when you're stressed. In fact, your brain has evolved over millennia to release cortisol in stressful situations, inhibiting rational, logical thinking but potentially helping you survive, say, being attacked by a lion. Neuroscientist Daniel Levitin thinks there's a way to avoid making critical mistakes in stressful situations, when your thinking becomes clouded — the pre-mortem. "We all are going to fail now and then," he says. "The idea is to think ahead to what those failures might be."
TED - September 2015 - 2,039,993 Views

5. You Can Grow New Brain Cells. Here's How - Sandrine Thuret
Can we, as adults, grow new neurons? Neuroscientist Sandrine Thuret says that we can, and she offers research and practical advice on how we can help our brains better perform neurogenesis—improving mood, increasing memory formation and preventing the decline associated with aging along the way.
TED - June 2015 - 3,727,619 Views

What are the common ethical errors for therapists? 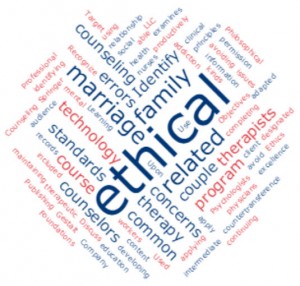 This practical CE course examines ethical issues related to developing and maintaining clinical excellence. The authors discuss how to avoid many ethical errors in mental health work, including those related to technology in the therapeutic relationship. The content of this CE program is adapted from the text, Counseling Ethics: Philosophical and Professional Foundations, by Springer Publishing Company.

6. How I Learned to Communicate My Inner Life with Asperger's - Alix Generous
Alix Generous is a young woman with a million and one ideas — she's done award-winning science, helped develop new technology and tells a darn good joke (you'll see). She has Asperger's, a form of autistic spectrum disorder that can impair the basic social skills required for communication, and she's worked hard for years to learn how to share her thoughts with the world. In this funny, personal talk, she shares her story — and her vision for tools to help more people communicate their big ideas.
TED - June 2015 - 1,486,308 Views

7. The Bridge Between Suicide and Life - Kevin Briggs
For many years Sergeant Kevin Briggs had a dark, unusual, at times strangely rewarding job: He patrolled the southern end of San Francisco’s Golden Gate Bridge, a popular site for suicide attempts. In a sobering, deeply personal talk Briggs shares stories from those he’s spoken — and listened — to standing on the edge of life. He gives a powerful piece of advice to those with loved ones who might be contemplating suicide.
TED - March 2014 - 2,349,150 Views

8. Toward a New Understanding of Mental Illness - Thomas Insel
Today, thanks to better early detection, there are 63% fewer deaths from heart disease than there were just a few decades ago. Thomas Insel, the director of the National Institute of Mental Health, wonders: Could we do the same for depression and schizophrenia? The first step in this new avenue of research, he says, is a crucial reframing: for us to stop thinking about "mental disorders" and start understanding them as "brain disorders."
TED - January 2013 - 1,112,270 Views

9. To This Day ... for the Bullied and Beautiful - Shane Koyczan
By turn hilarious and haunting, poet Shane Koyczan puts his finger on the pulse of what it's like to be young and … different. "To This Day," his spoken-word poem about bullying, captivated millions as a viral video (created, crowd-source style, by 80 animators). Here, he gives a glorious, live reprise with backstory and violin accompaniment by Hannah Epperson.
TED - February 2013 - 4,845,357 Views

10.  A Tale of Mental Illness — from the Inside - Elyn Saks
"Is it okay if I totally trash your office?" It's a question Elyn Saks once asked her doctor, and it wasn't a joke. A legal scholar, in 2007 Saks came forward with her own story of schizophrenia, controlled by drugs and therapy but ever-present. In this powerful talk, she asks us to see people with mental illness clearly, honestly and compassionately.
TED - June 2012 - 3,027,238 Views